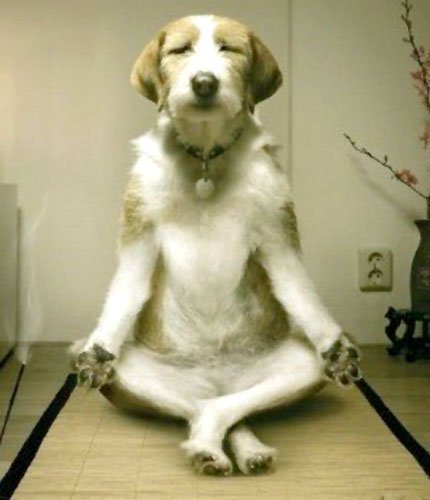 Growing up in a family of six on a First Sergeant’s pay, meant that my parents provided my brothers and I with what we needed but there wasn’t much left over for extras.

My father actually learned to refinish antiques because busted-up old – what other people called trash – antiques were cheaper than buying couches, beds, and dining room tables.  There was a wonderful, elderly couple in Alabama that befriended my Dad and Mom and taught them how to do all the work to make those “farm fresh” pieces (sorry American Pickers but that is too good a phrase not to use) look the same as they did when they were brand new.  My parents made a pretty good team: Dad did all the structural repairs and refinishing, and Mom did the upholstery work and most of the caning.  (Are those gender stereotypes?  Shout-Out to the 4.4% of my YouTube video watchers who are women!)  And when I was around 5 years old I got to be Dad’s ‘go-fer’ (occasionally getting to sand, which I’m sure Dad had to spend another hour fixing) and in middle school Mom showed me some basic caning procedures.  And people wonder why my office looks like a Victorian-era, middle class parlor?!?

In the guest bedroom in my parent’s house is a toy box, holding the remnants of the toys we played with growing up.  Now surviving another generation, to be used by my 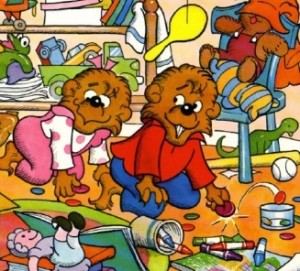 nieces and nephews when they come over to their Nana and Poppa’s house.  (Their real names are Mom and Dad, but I play along with their secret identity when the little ones are around.)  When I visited with them last summer, I saw peaking out from the bottom of the box a wooden car Dad had made forty years ago.  (Ahhhgg … my parents have toys older than me!)  It was originally made for my eldest brother, who is 6 years older, along with two other similar vehicles from a 2×4, some dowel stock, and wheels from a craft store.  The body was stained dark walnut and the wheels were left natural.

*Before we go too far down the road to sappy, time for a shameless plug*  Check out Jaime Garcia’s – one of my internet friends – pics of the wooden toys he makes.  They were the inspiration for this post.

So That’s Why Dad Did Woodworking

And maybe that’s why all four of his sons were able to go to college.

Why do I do woodworking?  Perhaps it relates to the dog doing Yoga at the top of the post.  I don’t have the same

financial concerns that my parents had and so its not a necessity.  If I can make something cheaper than it can be purchased – guess what my next project will be.  At the same time, I can also spend more on building something than it is to buy it.  For me woodworking is about relaxing and doing something different.  The work that I do is primarily intellectual, and in its own way is quite taxing.  (Pause for hysterical laughter)  But when I get out into the workshop, it provides me with the opportunity to be creative and think out things in a different way.  It also provides me with something tangible that I have created.  It’s also a link to the past – Dad and I shared it, as well as, Mom and I shared it.

And I think that is the genius of woodworking.  It can be a supplement to a person’s life financially or mentally.  It can also be for some a primary support.  Why do people woodwork?  I bet everybody has their own story.

So I can exercise a little restraint after all.  No matter how much I wanted to make a reference to Frankie Goes to Hollywood’s debut single, “Relax,” I just didn’t do it.